Home About us Leadership Richard Levychin 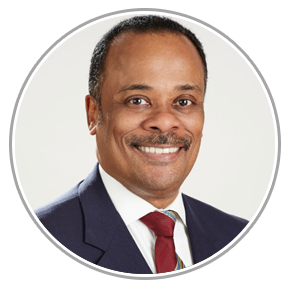 Richard Levychin, CPA, CGMA is a Partner in the firm’s Commercial Audit and Assurance practice where he focuses on both privately and publicly held companies. Richard has over 25 years of accounting, auditing, business advisory services, and tax experience working with both privately owned and public entities in various industries including media, entertainment, real estate, manufacturing, not-for-profit, technology, retail, technology, and professional services. His experience also includes expertise with SEC filings, initial public offerings, and compliance with regulatory bodies. As a business adviser, he counsels companies and organizations, helping them identify and define their business and financial objectives and then provide them with the ongoing personal attention necessary to help them achieve their established goals.

Richard is a member of several organizations including the New York State Society of Certified Public Accountants, the National Association of Tax Professionals, and the American Institute of Certified Public Accountants (AICPA). Richard was a founding member of the AICPA’s National Diversity and Inclusion Commission. Richard is a member and a former board member of the New York Chapter of the Entrepreneurs’ Organization (“EO”), a dynamic, global network of more than 14,000 business owners in over 50 countries.

In 2018 Richard was a recipient of the 5 Chamber Alliance MWBE Award from the Manhattan Chamber of Commerce. In 2016 Richard was presented with the 2016 Arthur Ashe Leadership Award. In 2015 Richard was presented by his alma mater Baruch College with the Baruch College Alumni Association’s “Alumni Leadership Award for Business”. In 2013 Richard received the title of Best Accountant from The New York Enterprise Report. Richard is a past winner of The Network Journal’s prestigious “40 Under 40” award.

Richard is a graduate of Baruch College, where he received a Bachelor’s in Business Administration Degree (Accounting).